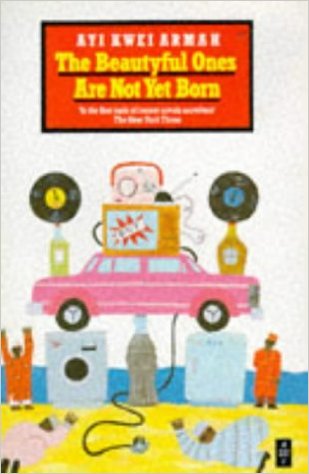 The Beautyful Ones Are Not Yet Born (African Writers Series)
Ayai Kwei Arman, 1968

Summary: The unnamed protagonist, referred to as "the man", works at a railway station and is approached with a bribe; when he refuses, his wife is furious and he can't help feeling guilty despite his innocence. The novel expresses the frustration many citizens of the newly independent states in Africa felt after attaining political independence. Many African states like Ghana followed similar paths in which corruption and the greed of African elites became rampant. Corruption in turn filtered down to the rest of society. The action takes place between 1965's Passion Week and 25 February 1966 – the day after the overthrow of Kwame Nkrumah, Ghana’s first president. The "rot" that characterized post-independent Ghana in the last years of Nkrumah is a dominant theme in the book. 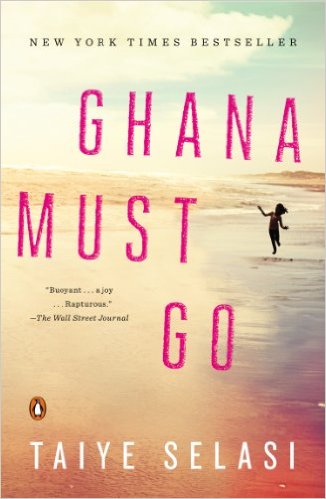 Summary: Kweku Sai is dead. A renowned surgeon and failed husband, he succumbs suddenly at dawn outside his home in suburban Accra. The news of Kweku’s death sends a ripple around the world, bringing together the family he abandoned years before. Ghana Must Go is their story. Electric, exhilarating, beautifully crafted, Ghana Must Go is a testament to the transformative power of unconditional love, from a debut novelist of extraordinary talent.

Moving with great elegance through time and place, Ghana Must Go charts the Sais’ circuitous journey to one another. In the wake of Kweku’s death, his children gather in Ghana at their enigmatic mother’s new home. The eldest son and his wife; the mysterious, beautiful twins; the baby sister, now a young woman: each carries secrets of his own. What is revealed in their coming together is the story of how they came apart: the hearts broken, the lies told, the crimes committed in the name of love. Splintered, alone, each navigates his pain, believing that what has been lost can never be recovered—until, in Ghana, a new way forward, a new family, begins to emerge.

Ghana Must Go is at once a portrait of a modern family, and an exploration of the importance of where we come from to who we are. In a sweeping narrative that takes us from Accra to Lagos to London to New York, Ghana Must Go teaches that the truths we speak can heal the wounds we hide.

REVIEWS:
Booklist: A father’s death leads to a new beginning for his fractured family in this powerful first novel. Kweku Sai is felled by a sudden heart attack at his home in Ghana. At the moment of his death, Kweku is filled with regret for his abandonment of his first wife, Fola, and their four children in Baltimore, many years ago, after losing his job as a surgeon. His four children are now scattered across the East Coast: Olu, a gifted surgeon who followed in his father’s footsteps; twins Taiwo and Kehinde, who share a terrible secret from childhood; and youngest daughter Sadie, who is struggling with her body image and sexuality. In the wake of their father’s death, the four siblings, along with Olu’s wife, Ling, reunite to journey to their mother’s home in Ghana, where secrets, resentments, and grief bubble to the surface. A finely crafted yarn that seamlessly weaves the past and present, Selasi’s moving debut expertly limns the way the bonds of family endure even when they are tested and strained. --Kristine Huntley

"Selasi’s ambition—to show her readers not "Africa" but one African family, authors of their own achievements and failures—is one that can be applauded no matter what accent you give the word." —Nell Freudenberger, The New York Times Book Review

“Irresistible from the first line—'Kweku dies barefoot on a Sunday before sunrise, his slippers by the doorway to the bedroom like dogs'—this bright, rhapsodic debut stood out in the thriving field of fiction about the African diaspora.” —The Wall Street Journal

"Ghana Must Go comes with a bag load of prepublication praise. For once, the brouhaha is well deserved. Ms. Selasi has an eye for the perfect detail: a baby's toenails 'like dewdrops', a woman sleeps 'like a cocoyam. A thing without senses... unplugged from the world.' As a writer she has a keen sense of the baggage of childhood pain and an unforgettable voice on the page. Miss out on Ghana Must Go and you will miss one of the best new novels of the season." —The Economist

"In Ghana Must Go, Selasi drives the six characters skillfully through past and present, unearthing old betrayals and unexplained grievances at a delicious pace. By the time the surviving five convene at a funeral in Ghana, we are invested in their reconciliation—which is both realistically shaky and dramatically satisfying… Narrative gold." —Elle magazine

"Selasi’s prose… is a rewarding mix of soulful conjuring and intelligent introspection, and points to a bright future." —The Daily Beast