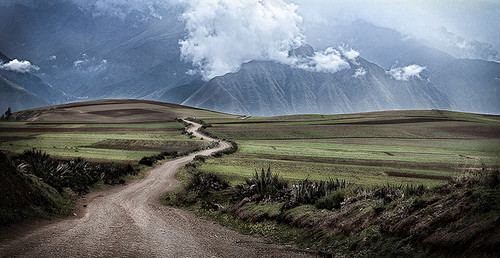 Send a note, give a gift, or raise funds with International Notecards.

The Sacred Valley of Peru: Framed by the towering cloud-covered Andes Mountains, a dirt road meanders along the green pastures of El Valle Sagrado, the Sacred Valley. This fertile rolling highland, home to Machu Picchu and Cusco, is the former capital of the Inca empire and later of the Spanish colonialists. Stretching more than sixty kilometers, the Sacred Valley encompasses the imperial history of ancient Peru and is nature at its most beautiful. Photo © 2016 Mark Safran; featured in the 2017 International Calendar